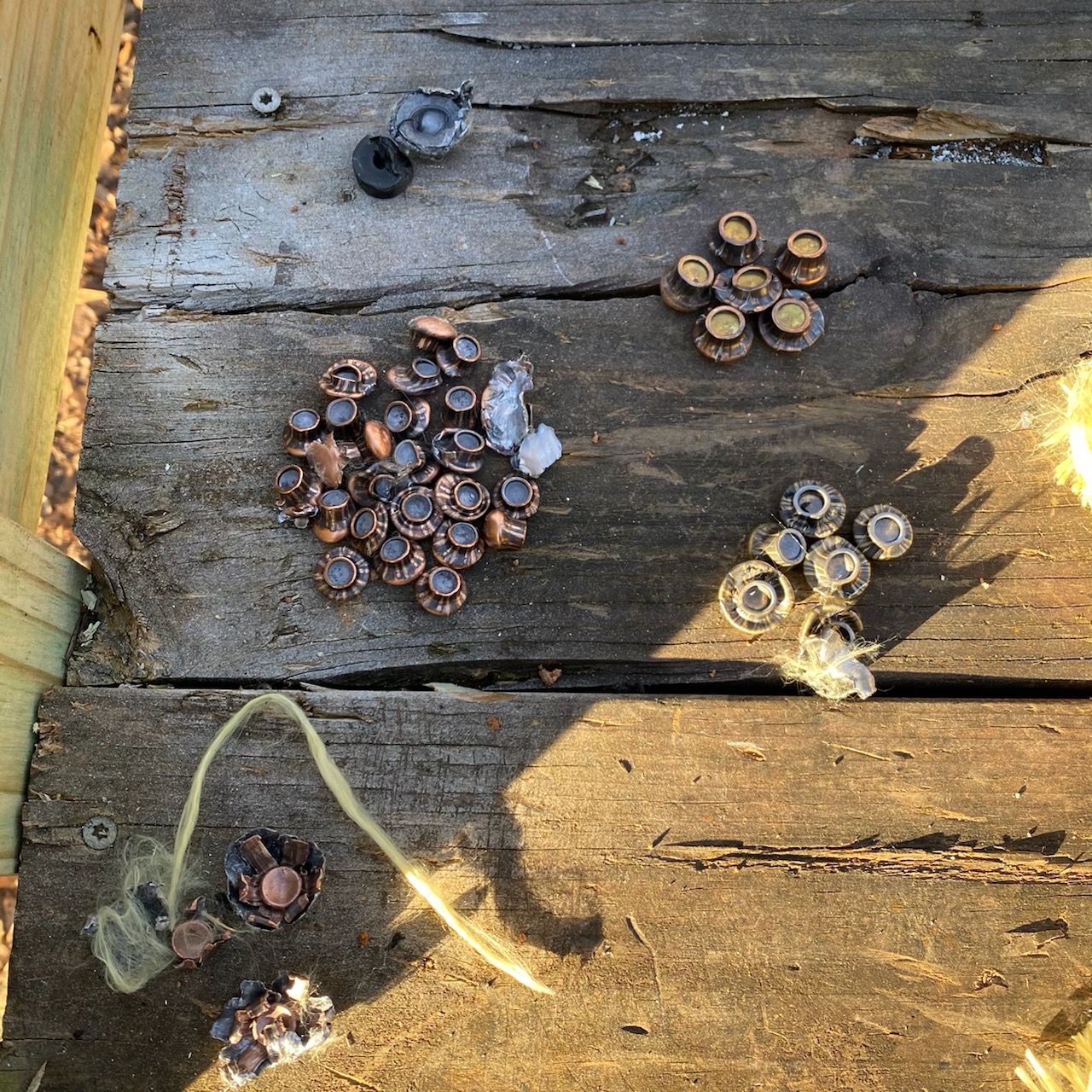 Today we’ll discuss how to think about home defense strategy and how different equipment and tactics lead to different outcomes in different situations.

If you already have or are in the process of putting together a home defense plan, you’ve probably considered entries, exits, weapons, tactics, and more. But if you haven’t considered protecting yourself from intruders’ weapons, you’re missing a critical piece of kit.

Most of what is “common knowledge” with ammunition and its effects on the human target are rooted in myth and folklore. – FBI, 2015

Even though the President might tell you that blindly firing a double-barreled shotgun off your back porch is more than enough to protect your home from intruders, there are many other factors to consider.

Boomer mythology dictates that a .45 ACP ended the dinosaurs and the racking sound of a Mossberg 500 or Remington 870 will suffice to scare off any intruders of any kind all the time. The truth is, .22LR will never cause catastrophic damage, and women shouldn’t be relegated to small revolvers.

With 88% of burglaries happening in homes and a new wave of political violence on the rise, you can no longer presume that the people committing felonies are only there to steal your television. That means the cost-benefit analysis of a break-in simply isn’t what it used to be. People breaking into your home may be doing so specifically because of their political stance. Racking a shotgun to scare them off may only confirm their belief that you are the target they hoped you were.

Since virtually no one has a ballistically-rated house, it’s time to consider how we defend our homes outside of a single burglar looking for jewelry or electronics.

An Evolution in Violence 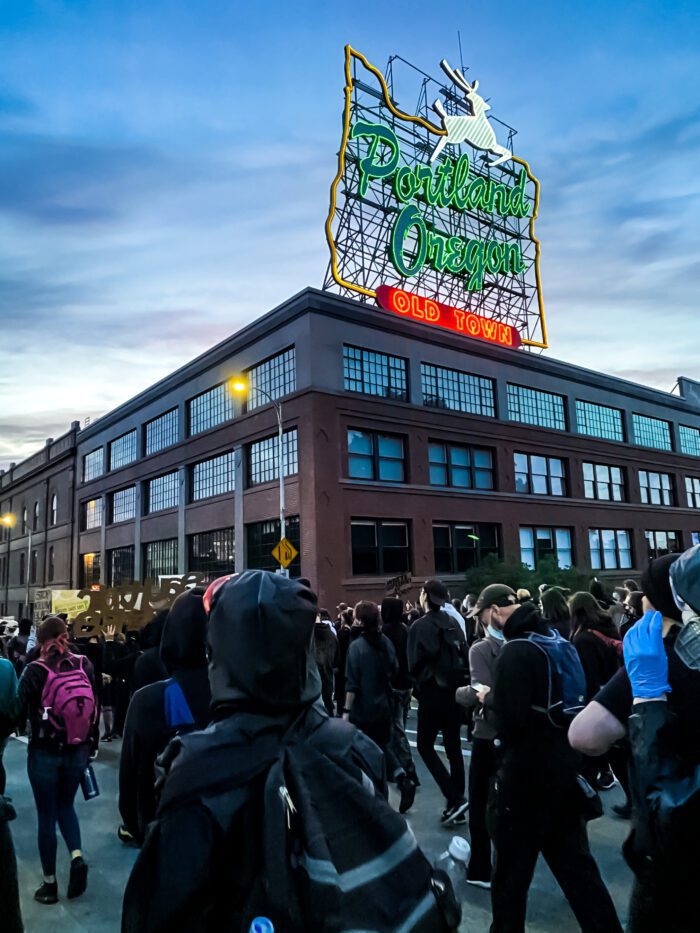 For much of our recent history, political violence has been relatively low-grade. A protest may turn into a riot that sees some destruction and looting, but riots in 2020 showed up with the explicit purpose of exacting violence upon anyone that resisted the rule of the mob and demonstrating physical and spiritual dominance over perceived traditional American values. The corporate media assisted in covering these, “fiery, but mostly peaceful,” protests as a nationwide consensus to suppress the notion that anyone disagreed with them.

It became clear that the complaint had nothing to do with police brutality when even clearly legally-justified police shootings began to be protested. Just like Kyle Rittenhouse, it had to do with the use of violence against the wrong people. Municipalities across the country began defunding and dismantling many public safety agencies with the explicit purpose of pleasing this left-wing domestic terrorist constituency. While the FBI concentrates on framing a duly-elected President for treason due to being a political outsider and chilling the political speech of concerned parents at schoolboard meetings, suddenly retail theft below $950 is essentially legal. On the whole, virtually none (a statistically negligible amount) of the perpetrators of left-wing political violence in 2020 have been or ever will be arrested and charged with any crimes.

The message, then, is clear. Violent criminals and domestic terrorists—when gathered in large enough groups and causing destruction for the correct left-wing political end goal—will be allowed to pillage, burn, maim, and kill their victims. Right-wing ‘rioters’ that fart on Nancy Pelosi’s desk will get far harsher treatment than those that burn down an entire city.

Most extreme left idealogues will tell you that they are not anti-gun. They believe in the power of violence to affect political revolution, and firearms are a part of that tool kit. As we saw in Kenosha, you shouldn’t plan on facing an unarmed group should they ever show up at your doorstep.

At this point, it behooves us to plan for an array of TTPs and weapons to be employed by these groups, from melee, personal, and edged weapons to firearms and incendiary devices.

Your home defense plan should include not only the ability to bug-in, but also the ability to bug-out if a mob overwhelms your defenses or makes them otherwise impractical, such as the successful deployment of a Molotov cocktail onto or into your home.

Danger at a Distance

Every home defense body armor and personal protection kit should include an array of tools designed for different situations. While most profit-seeking burglaries involve only one or two people with a handgun or two, it’s still a possibility that a riot can break out in your city at any time and you can’t wait a week for the necessary equipment to arrive in the mail.

Let’s take a look at a few different scenarios and how each one needs different equipment. 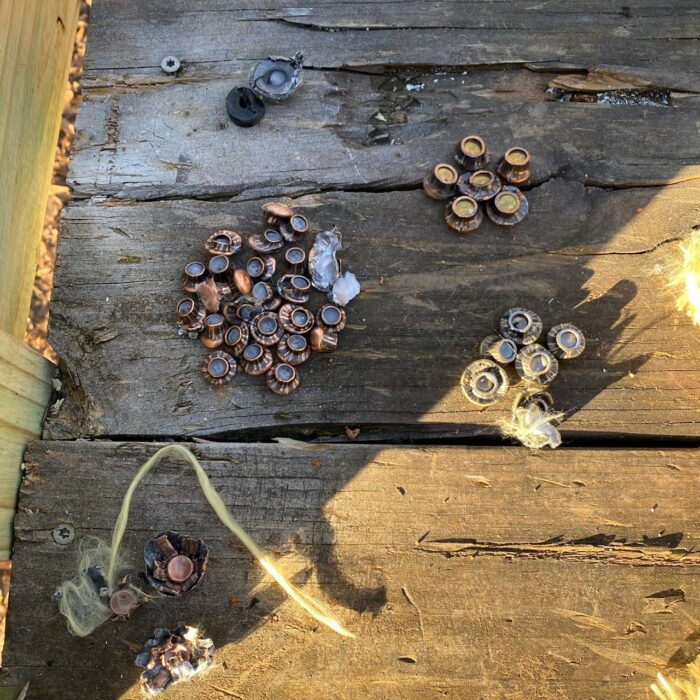 A suburban home is invaded by three burglars, each armed with a 9/40/45 caliber handgun. It may be easy to get the drop on one or two of them, but it’s extremely unlikely you’ll be able to stop all three from firing at least a few rounds. You are home alone. For close-quarters engagement with rapid maneuverability, a semi-automatic pistol is a great option. Standard capacity pistol magazines from 15-17 rounds offer the ammunition capacity you need for 3 people with the option of rapid firing and reloading. Most shotguns aren’t ideal for this type of scenario due to their slow firing and loading speed as well as small capacity tube magazines that only get harder to deal with in small spaces as you add more capacity. Since each intruder has the capability of firing back at you, you can’t afford to miss any shots or be slower on the draw than you absolutely have to be. Here, an RMA Contego soft ballistic vest will serve you well. Protecting your torso from up to 50 rounds of handgun ammunition, its slim profile, rapid donning and ultra-lightweight properties are ideal for home defense protection and movement within confined interior spaces. Within about 4 seconds, your vital organs can be protected from everything these intruders are bringing to the table. Here, you’ll see the rounds that one RMA Contego IIIA ballistic vest defeated. (3) .44 Magnum, (33) 9mm, (6) .45 ACP, (6) 10mm, and (1) 1 oz. 12 gauge slug. If you’re faced with handgun and shotgun threats, it’s impossible to beat thin and light soft armor vests like the RMA Contego IIIA.

An urban home is lit up by political revolutionaries at a distance. Intermediate caliber rifle fire is penetrating walls and windows and presents a real danger to your family. As they close in, you might choose a system like the AR-15 that is reliable, accurate, and reasonably lightweight and compact even with a 16-inch barrel for this type of use. Since many of these loonies prefer the aesthetic of com-bloc weaponry, you are always at risk of taking fire from high-powered rifles like the Mosin Nagant, and they may—even unknowingly—have armor-piercing surplus ammunition at their disposal. A full level IV front, back, and side plate body armor setup would be ideal in this situation. Ensuring you have the highest level of protection from the greatest amount of ammunition types will serve you well.

A suburban or rural home is in the path of a loosely-organized mob of agitators intent on causing destruction against their perceived enemies. These groups often utilize fire as a weapon of first resort. Setting fire to dumpsters, businesses, and blocking traffic to assault drivers is a typical M.O. Since homes are built from highly flammable materials, you are particularly susceptible to incendiary-based attacks such as the rioter’s favorite, the Molotov cocktail. Without equipment that can protect you from firearms such as level III+ or level IV body armor combined with weaponry like an AR-15 that can project accurate force at a distance, it’s all over. In this case, it’s highly likely you’ll have to retreat to a safer location once incendiary devices become involved. If your home is successfully firebombed, you’ll likely need to escape by foot or vehicle. If your vehicle or its planned escape route isn’t available, you’ll be glad you have lightweight III+ body armor that protects you from any additional attacks without slowing you down on foot.

As you can see, there isn’t any one single weapon or armor solution that fits every scenario. There is no ‘best’ home defense body armor at this time, and it’s likely that there will always be tradeoffs just like there are between pistols and rifles.

Always remember that you may attacked by a well-organized and well-armed adversary that won’t crumble after the first round comes their direction, and you may have to plan for a proper exfil, even from your own home. 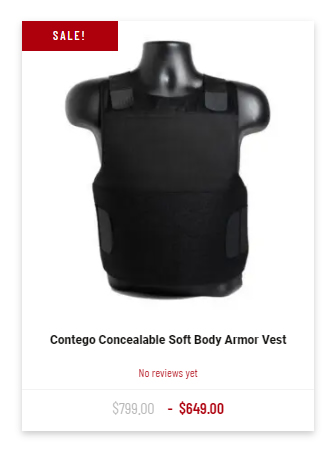 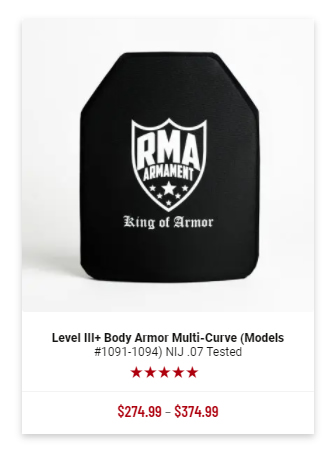 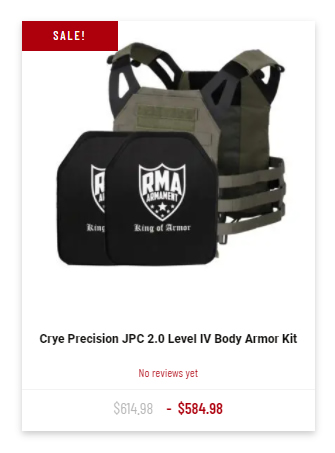