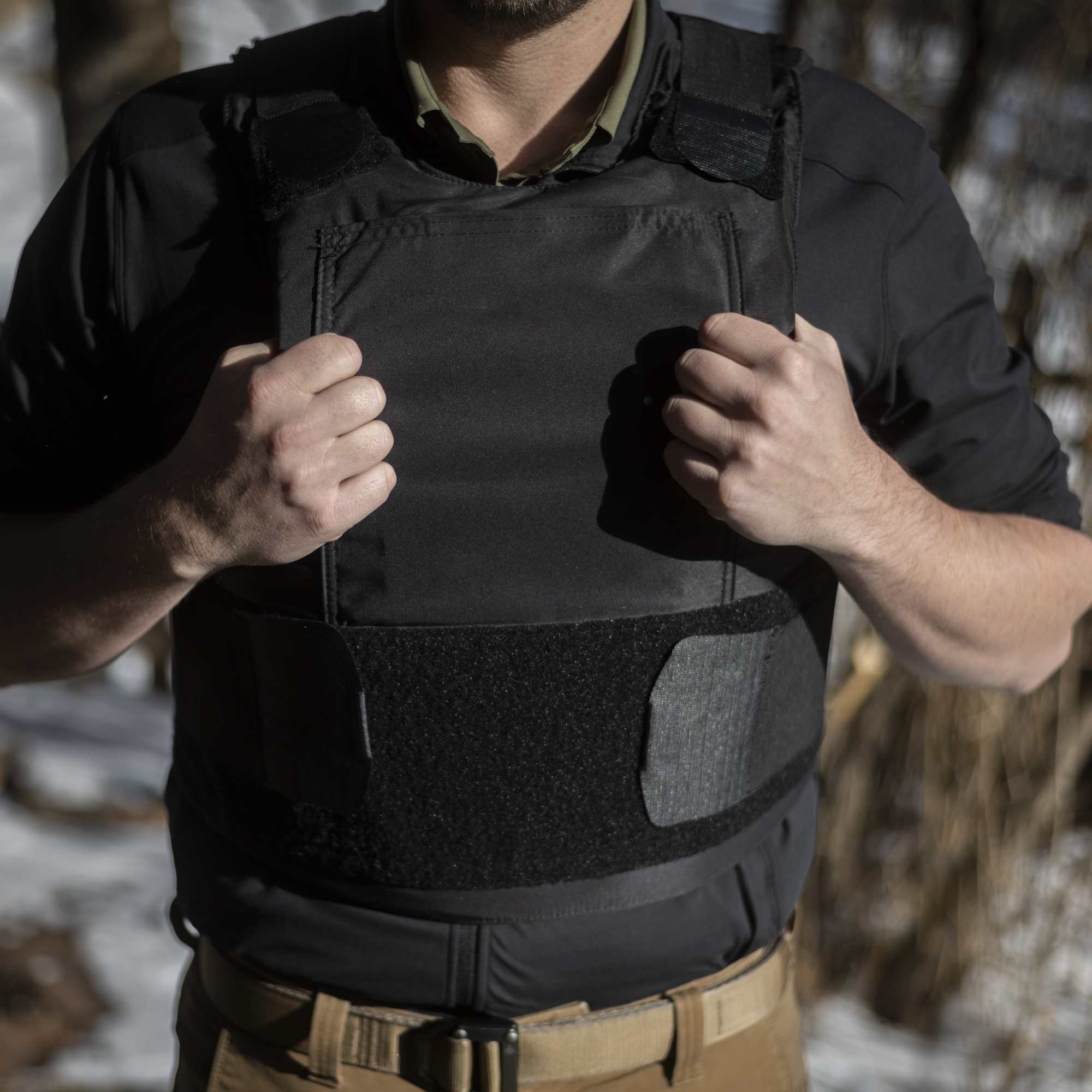 Law Enforcement Body Armor FAQs: Police body armor isn’t actually any different than what any American citizen can purchase from RMA Armament. Every American should have access to the highest quality American-made armor, no matter their credentials.

Most police officers wear ballistic body armor as a part of their daily duties outside their station. Since nothing in existence is truly ‘bulletproof’, the term has largely been replaced by ‘ballistic’ to represent the idea of efficacy against ballistic threats. After all, exerting enough mass and force on anything will eventually break through. The science of ballistic protection includes more than the idea of stopping a bullet. Law enforcement, military, and civilian buyers and manufacturers have to weigh several factors when making a buying decision. Department policy, price, bulk, weight, protection level, and expected threat level all play a role in determining which style of armor is appropriate and practical for police body armor. 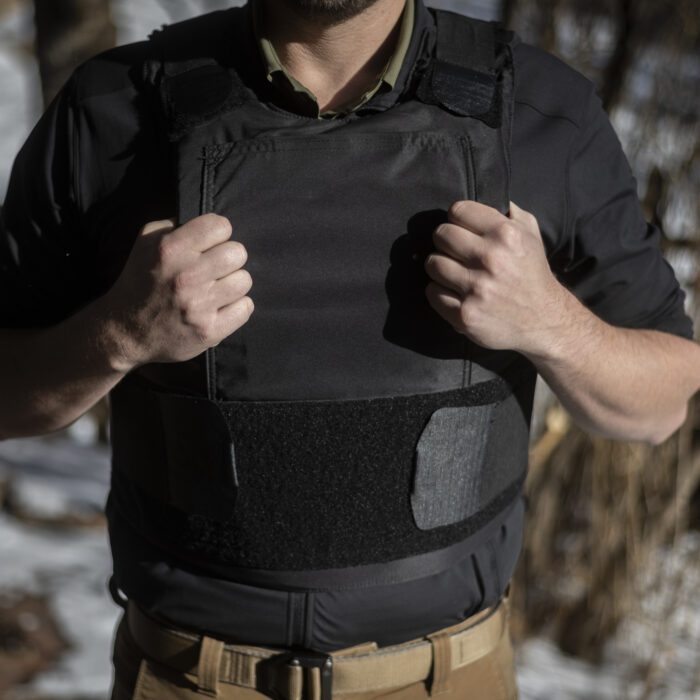 Most patrol officers choose to wear level IIIA soft armor vests for their everyday wear while on duty. But this is often supplemented with level III and IV 5 x 8 or 7 x 9 hard plates that can come in small form factors for inclusion with everyday duty wear. Full-size body armor plates can also be added on the fly to many armor carriers on the market for responding to dangerous situations like an active shooter that require a higher level of ballistic protection. For example, RMA’s Contego Concealable IIIa Vest includes front and back plate pockets, perfect for 10×12 armor plates for an upgrade to rifle protection. Many detectives and administrative personnel don’t expect to encounter very much in the way of ballistic threats on a daily basis, and often choose level II armor to minimize weight and maximize comfort. SWAT officers expect that the potential to be hit with incoming rifle fire increases dramatically during entry into a home or other occupied structure. Since the situation bring the potential of an adversary that may be heavily armed, SWAT needs maximum coverage and higher tier level III and IV rifle rated protection.

Police officers don’t wear actual Kevlar anymore in any great numbers. In law enforcement, Kevlar has been superseded by many other high-strength ballistic fabrics like Twaron, Dyneema, Spectra, and other para-aramid and UHMWPE fabrics. Even though Kevlar was the first ballistic fiber, it wasn’t the last. Dozens of subsequent discoveries and inventions have yielded fabrics with much greater ballistic resistance properties by weight, resulting in thinner and lighter vests and plates. Kevlar still has its uses, but is really only found in low-price budget armor today.

Law enforcement body armor is extremely lightweight compared to much of what the military has worn the past several decades. Advances in technology often hit state and municipal law enforcement and consumer markets first due to the way federal contracts and agency approval processes lock in the buyer and supplier for a years-long agreement to purchase the same item over and over again. Because of the competitive focus on the law enforcement market by the body armor industry, state and municipal police tend to always have the lightest and most advanced body armor available before anyone else does. There are many lightweight level 4 body armor, level 3+ body armor and level 3 body armor options to choose from.

What is the best body armor for police?

Simply put, there is no ‘best’ police body armor, and no single brand rules the market. Police wear a variety of different styles of armor for different roles. SWAT wears a level II or IIIA full-coverage kit including throat, groin, bicep, and more with level III, III+, or IV rifle plates. Patrol officers most often wear a level IIIA vest that can be supplemented by rifle plates, and detectives and administrative personnel usually have a level II or IIIA vest that is a little more stripped down in load carriage to minimize weight and bulk. All police body armor should be NIJ 0101.06 certified as the BVP grant requires for departments to receive funding.

What brand of body armor do police wear?

Not all police wear the same brand body armor. In fact, there are about a dozen major brands of armor worn by law enforcement officers nationwide, including RMA Armament.

Do police buy their own body armor?

Most of the time, an individual police officer will purchase their own body armor. Unless specifically superseded by law or administrative jurisdiction, every department writes their own policy about body armor purchasing and wear. Since officer turnover largely happens on a case-by-case basis and humans have different shapes and sizes, most departments find it easier to simply reimburse individual body armor purchases for their officers. Under the federal Ballistic Vest Partnership program, BVP provides funding to a police department to cover half of the cost of virtually any NIJ II or IIIA certified body armor vest on the market as long as the department enforces a mandatory wear policy.

What plate carrier does SWAT use?

There is no one universal plate carrier that SWAT teams use. Despite marketing by many companies to the contrary, most SWAT units utilize systems that cost in excess of $2000 per unit that provide extensive II or IIIA coverage in addition to level III+ or level IV plates. There are several reasons for this. Most SWAT engagements are focused on serving warrants or a single or small number of barricaded subjects within a small location. Due to most teams having 4+ direct action members acting within a small area, there are numerous benefits to up-armoring in ways that wouldn’t be beneficial to civilians. The added bulk and weight of extended coverage body armor isn’t as important of a consideration when traveling across a very small area. Weight and bulk are distinct tactical disadvantages for a single person, but they are not as detrimental to a larger team due to the tactics and mission profile of units like SWAT.