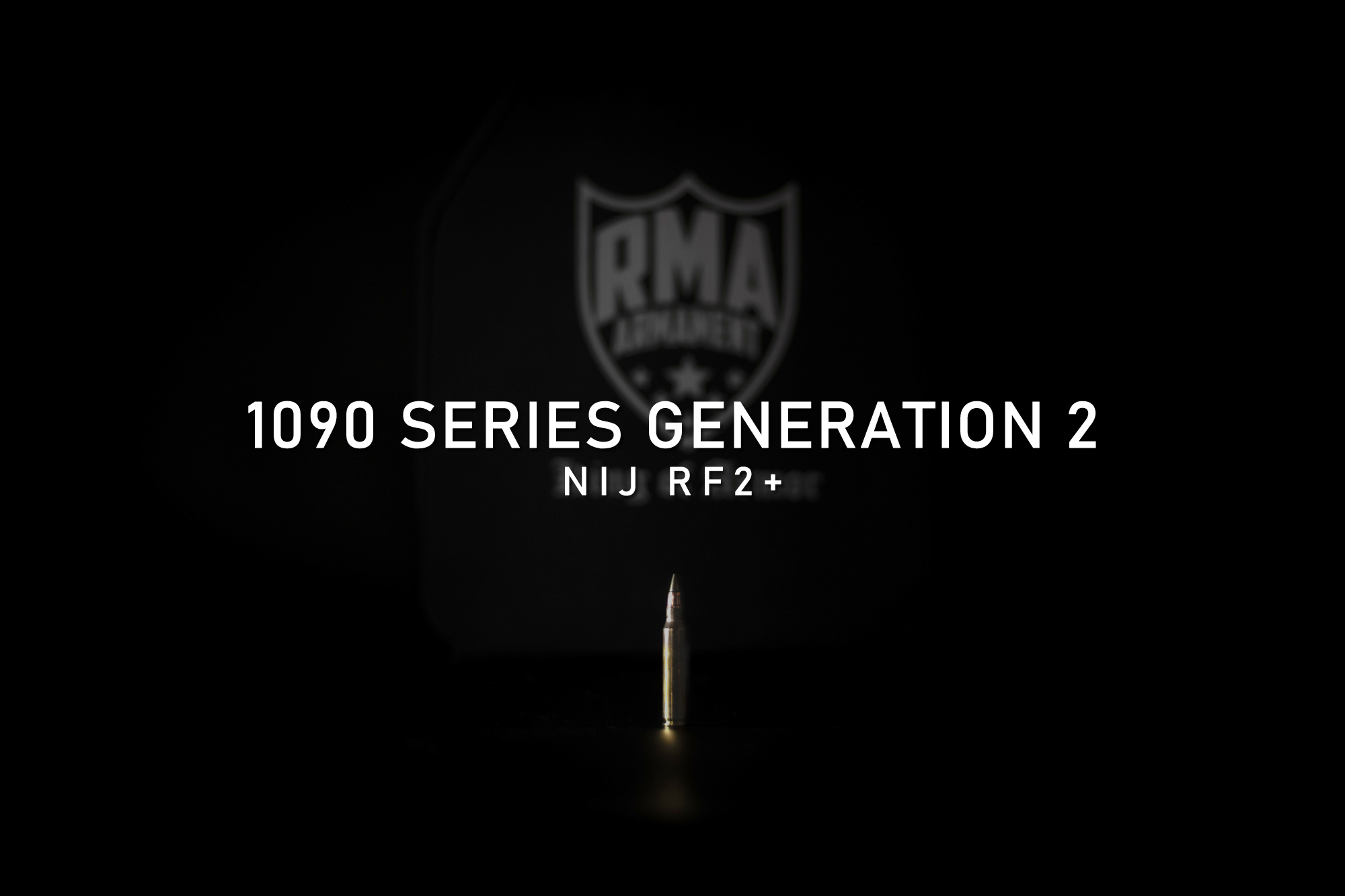 Today’s body armor is designed to defeat a variety of different threats depending upon the level you choose. But there’s more to body armor than just picking a level. Even though your armor might be rated for “5.56”, you might be overestimating your armor’s capabilities. M855A1 is the latest iteration of the venerable 5.56X45mm chambering, and it offers enhanced penetration performance over M193 and M855 variants in most circumstances.

While there are (were) many different variants of 5.56, the M855A1 variant was recently adopted by the US Army and Marine Corps as their new standard issue cartridge to replace the M855 “green tip”. Traditional full-lead loads like M193 are often much higher velocity, and can easily exceed over 3000 feet per second.

Because the military routinely encountered targets that were too difficult to penetrate with soft lead bullets alone, the M855 “green tip” round was developed to elevate the capabilities of machine gunners and infantry alike. This new 5.56 load came with a soft steel penetrator designed to have better hard target performance thanks to its new steel tip. Among steel metallurgy, the new green tip 5.56 had relatively soft steel compared to your average axe head or car frame to allow for better soft target performance versus a hardened steel armor-piercing bullet that wouldn’t mushroom at all. However, it is still much harder than lead which will readily deform with comparatively little effort. While lead’s soft and malleable properties make it ideal for soft targets like unarmored enemy infantry forces, its rapid deformation on impact means hard targets can have an easier time defeating it than a harder projectile material like steel.

With the rise of body armor and worldwide distribution of Cold War-era and newer armaments, today’s battles require sturdier projectile construction that will not only perform against hard and soft targets, but will maintain terminal performance at longer ranges while maintaining or exceeding pervious generation performance in short-barreled rifles. M855A1 has a virtually identical ballistic profile as M855, meaning you won’t need to adjust your optics to satisfy this new round’s trajectory. As a side benefit, the M855A1’s new construction is comprised of steel and copper, leaving toxic lead behind in the dustbin of warfare. While the small amounts of lead present in each round of ammunition can seem insignificant, the thousands or millions of rounds used in modern warfare can result in creating highly toxic environments for civilians, livestock, and wildlife living among the battlefields resulting in serious illness and death long after the war is over.

5.56 is one of the most popular rounds in America thanks to the low-cost modular system of the AR-15 and its extremely high production quantity thanks to military standardization. The most popular rifle in America most often arrives at your local gun store chambered in 5.56, but can be found in various other offerings such as .300 Blackout, 6.8 SPC, 9mm, .22 LR, and others. While all these rounds may have their niches, 5.56 remains the king of the semi-auto rifle marketplace.

With true armor piercing ammunition becoming more difficult to acquire everyday for the civilian population and its value for law enforcement extremely dubious, many in the civilian population choose to bypass the highest rating for body armor available, the Level IV body armor plate. Level IV can easily defeat any 5.56 cartridge along with substantially more powerful 30 caliber full armor piercing ammunition, but the weight of super strong ceramics can present an issue for movement and cardiovascular endurance.

Level IV body armor is a rating level determined through strict NIJ testing and certification standards. Many fly-by-night internet armor companies choose to advertise “Level IV” on their plates without ever undergoing certification by NIJ. Would you bet your life on a car the manufacturer absolutely refused to submit for crash test certification? Of course not. You wouldn’t buy a Rolex in an alley, either. Without undergoing testing by the National Institute of Justice with follow-up FIT testing, there just isn’t any way to know whether the armor you depend on will perform against any particular threat under various conditions. 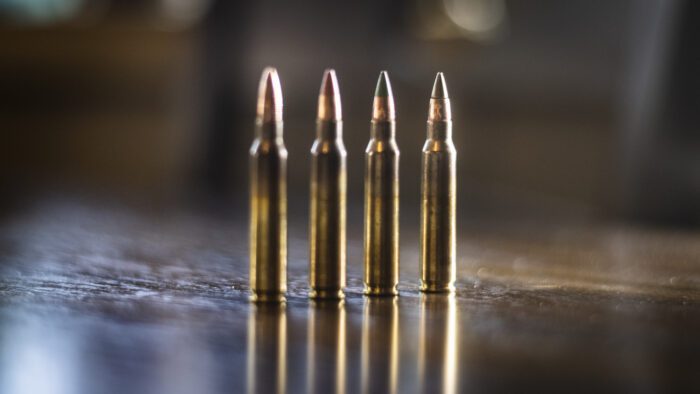 However, you may find non-certified products from reputable manufacturers that do submit many of their products for testing. Today, many armor manufacturers are focusing on defeating what are commonly called ‘special threat’ rounds. Like we spoke about before, your armor being rated for ‘5.56’ could mean it defeats every variant (unlikely unless it’s certified level IV), or it may only defeat a single variety, allowing you to becoming Swiss cheese if your attacker is wise enough to get the right loads. Unfortunately, it doesn’t even take wisdom to accomplish this. M193 and M855 loads are the most common cartridges for 5.56 rifles today. If you’re wearing AR500 steel level III armor, you’re taking a 50/50 shot with your life that your attacker is using green tip 5.56 instead of the cheaper and more widely available high-velocity M193 that will easily zip right through your plate without any resistance. 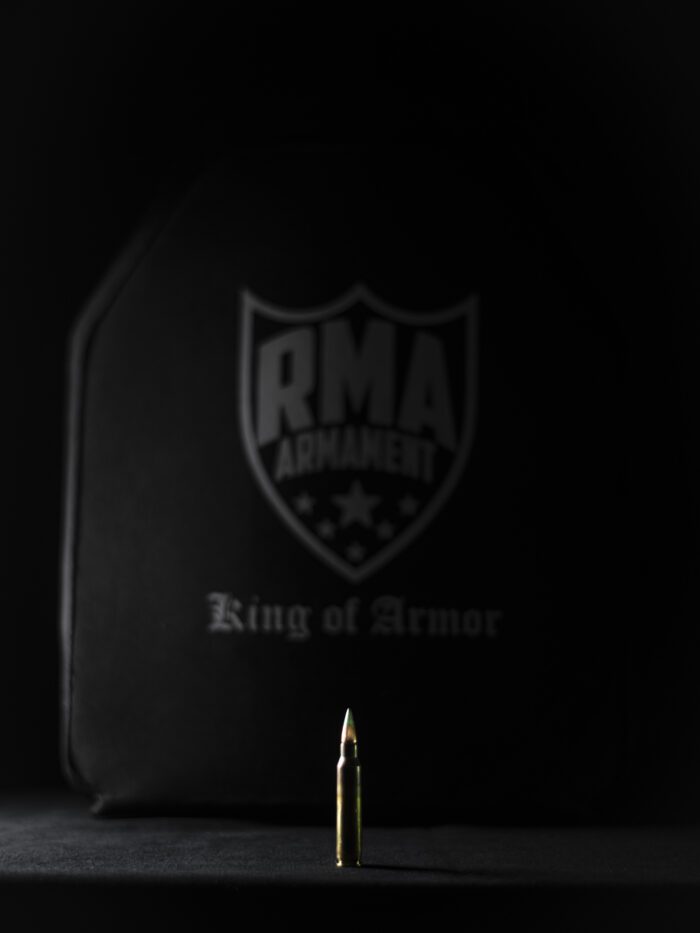 On the flip side, Level III ultra-lightweight UHMWPE hard plates are extremely proficient at stopping M193, but often fail at stopping M855 green tip at short and intermediate distances. While the speed of the M193 cuts through steel armor like butter despite its lead construction, the steel in the M855 rounds cuts through UHMWPE like butter.

The new M855A1 Enhanced Performance Round is proficient at defeating both by design. Because steel armor is already very heavy, it doesn’t make any sense to attach ceramics to stop M193 or M855A1 rounds since what you’re building is effectively an outrageously heavy Level IV plate that won’t defeat armor piercing 30 caliber loads without being substantially heavier and more expensive than regular ceramic armor.

Once you consider the ergonomics of wearing armor upon a human body and the economics of mass production and sales, you have created a porcupine on a stick. Every steel plate that claims to defeat M855A1 is always tested at a great distance. Why? AR500 steel simply can’t stand up to full velocity M855A1 at any short distance. Distance creates lower velocity in a round which mathematically means energy on impact is magnitudes smaller. We could claim that any of our armor could stop a 50 BMG or a 20mm round given enough distance. It’s just not relevant information when you push one round far beyond standard body armor testing parameters. By selecting an arbitrary distance to measure one round over the other instead of consistent measurement, you simply won’t know what you’re getting when you need that armor to save your life. You just can’t bet your life on your attacker staying far enough away from you to make your armor perform.

AR500 Steel vs. UHMWPE and Ceramics

Today, many manufacturers—including RMA—have built plates that are both extremely lightweight thanks to their UHMWPE construction, and also defeat both M193 and M855 green tip, such as our extremely popular 1090 series. These 1090 series plates don’t carry an NIJ certification due to their ability to far exceed the protection parameters of our NIJ certified 1078 and 1088 series UHMWPE plates. However, they lack the ability to stop 30-06 M2AP, the defining round for Level IV body armor. At approximately 40% less weight than a Level IV plate, it’s a compelling option for those interested in protecting themselves and their loved ones from common domestic threats while staying mobile and comfortable. Foregoing Level IV protection isn’t as important to these end users due to the low availability of true armor piercing ammunition.

These “Level III+” plates are designed to defeat both high speed and high strength 5.56 and 7.62 rounds while keeping the armor light and comfortable to wear. While they can perform at arbitrary long range distances the same way steel does, the new M855A1 round was able to defeat our 1090 Level III+ series at short range just like steel—until today.

Today, we’re proud to announce our 2nd generation of the beloved 1090 series Level III+ body armor plate. The 1090 Generation 2 series is capable of defeating M193, M855, and M855A1 at 25 yards. And when the new NIJ .07 standard arrives, RMA will be the first in line to have these certified to the new RF2 standard we built it to exceed.

By slightly modifying our mix of protective components like ceramics and UHMWPE, we were able to preserve the ultra-lightweight properties of the original 1090 series while enhancing their ability to protect the wearer from the most advanced cartridges available—including the new M855A1 EPR military 5.56 round that punches right through your range buddy’s cheap AR500 steel plates.

We’re not waiting for NIJ .07. The new Level III+ standard has arrived. RMA’s 1090 Generation 2 series is available right now and will ship out within 1 business day.