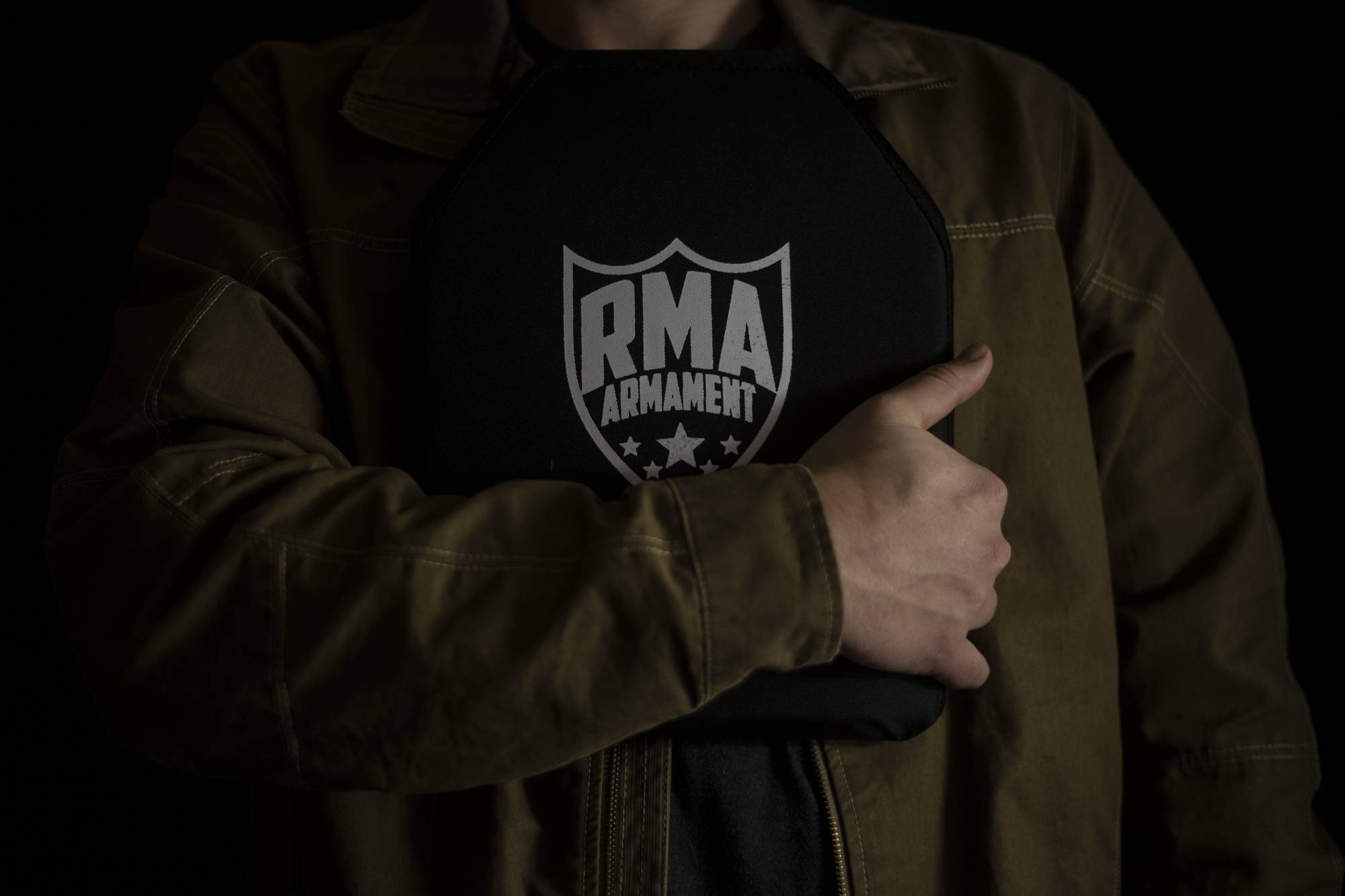 Bulletproof Vests: Do You Need One?

Do I need a Bulletproof Vest? 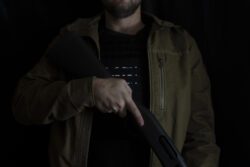 Often called ‘bulletproof vests’, these products are commonly worn by law enforcement officers on a daily basis to protect them from handgun ammunition which dramatically outweighs the threat from rifles by a 4:1 ratio.

In fact, in 2019, there were only 364 murders with rifles where the type of firearm was recorded according to the FBI’s Uniform Crime Statistics. In terms of overall homicides, this is a statistical blip on the radar. You’re almost twice as likely to be punched or kicked to death. The same year saw 6,368 homicides by handgun. As a risk factor, handguns are staggeringly more likely to end your life than a rifle. Civilians are over 17 times more likely to be killed by a handgun than a rifle in the United States. Remember these numbers next time someone asks why you don’t support an ‘assault weapons ban’.

So why all the focus on rifle-rated body armor? It should be noted that all NIJ certified rifle-rated armor of levels III and IV will defeat 100% of the same handguns rounds that levels IIA, II, and IIIA will defeat. However, there are limitations. Because of the materials involved, it’s always the case that there are tradeoffs. Rifle-rated armor of any kind is always heavier and bulkier than a soft armor vest.

Most modern IIIA soft armor vests are capable of defeating somewhere in the neighborhood of 50 handgun rounds on the high end before penetration, depending on the type of ammunition used and shot placement. Few—if any—hard armor products are capable of such a feat, and absolutely none of them come anywhere close to that kind of protection with only a few pounds of weight. 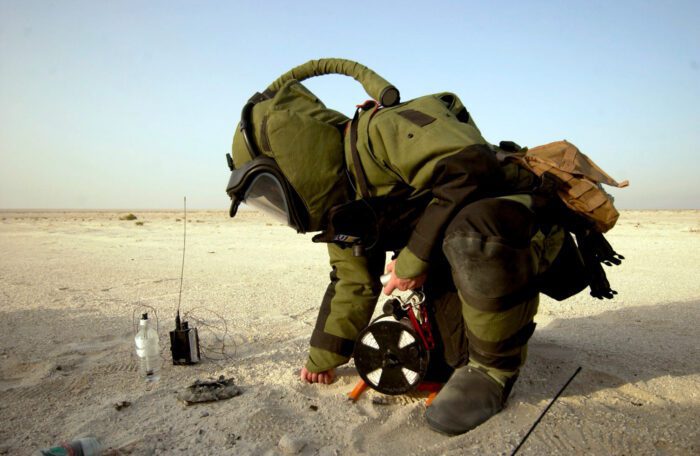 Many people ask why police and military forces don’t walk around in EOD suits which commonly carry IIIA-rated soft armor over almost 100% of the human body. The plain fact of the matter is that they are extraordinarily heavy and cumbersome. While they technically offer a lot of protection, most tacticians understand that you’re better off avoiding being shot in the first place instead of being unable to move once bullets start flying your direction. Someone wearing that much armor is effectively helpless against a mobile attacker closing the distance and landing killing blows of any kind upon them. They have no ability to fight back against an attacker and can’t get away once an attack begins. An EOD suit is just about the most bulletproof you could ever be, but it’s a tactical nightmare for any recon, movement to contact, or even direct action mission.

Rifle-rated armor should also be viewed through this lens. If you’re worried about someone attacking you with a handgun, you’re far better off with a thin, lightweight vest that offers better coverage and hit protection instead of a set of bulky, heavy plates that will rapidly deplete your cardiovascular capabilities.

Remember that wearing body armor is not a substitute for avoiding bullets. Firearms are a convenient tool to use lethal force against another person, but they aren’t the only way.

Absolutely not, and it would behoove you to forget the word bulletproof. The laws of thermodynamics dictate that nothing in the universe will ever be bulletproof. Anything in existence (maybe except black holes, since absorbing mass and energy is kind of their thing ) can be destroyed when enough mass and energy is directed at it. With enough bullets, you could destroy a tank. Ballistic efficacy is all about relevance to a threat, which is why there are different levels of body armor. Today, the term ‘bulletproof’ has largely been abandoned by professional manufacturers and users. Anyone utilizing the term is simply trying to show up on Google and is likely moving some shady products.

The first item to consider when purchasing body armor is your perceived threat level. Because all body armor adds weight and bulk, you need to consider your mission profile and expected threats before putting it on and heading out.

Because of the bulk and weight involved, you’ll most often want to minimize your armor to the greatest extent possible to preserve your ability to move, shoot, and communicate. 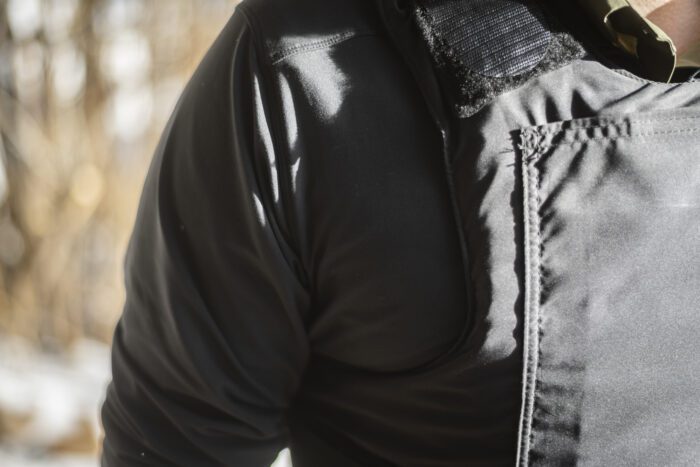 The vast majority of law enforcement officers and agencies understand the balance between armor and officer performance, which is why they wear level II and IIIA soft armor vests in response to the overwhelming threat of handguns versus anything else. These soft armor vests are the ones you’re probably thinking of when you Googled, “bulletproof vest.”

Remember that the job of a police officer is not to run around putting people in the ground; it’s to halt suspected criminal activity and bring those suspects before a jury of their peers to judge their conduct. With that in mind, it’s important to remember the hands-on portion of their job. It is the distinct role of police to engage in close quarters conflict with suspects in an attempt to arrest them for trial alive, not simply shoot them.

The last thing a police officer wants is to feel like the Michelin Man when they need to go hands-on with a suspect. The bulk and weight of armor and gear means a lack of mobility and ergonomics during these kinds of engagements. Even a thin and light ballistic vest with a perfect fit will mean that bending at the waist is history. An inability or unwillingness to athletically compete with a suspect is not a reason to violate their right to life or use excessive force, and some officers have ended up in prison for it.

Special units like SWAT often use body armor systems with extensive coverage because their mission profile is substantially different from that of a patrol unit. It is most often the case that SWAT units are serving a warrant against a particular house or building or dealing with a barricaded suspect. Because an entrenched subject is only within one small location, SWAT units are able to utilize more armor than most without significantly compromising their cardiovascular or athletic abilities.

Additionally, an entrenched subject is potentially far more dangerous than a mobile subject. With the possibility of unpredictable location inside a building and more powerful weapons and ammunition stores in play, it makes sense to utilize armor systems with higher levels of coverage and protection. A team of 6 or 12 officers also brings the compounded effect of teamwork versus a lone patrol officer responding to an emergency call. A barricaded suspect will find multiple heavily armed and armored officers more difficult to target and defeat both physically and mentally and will more often surrender without a fight. 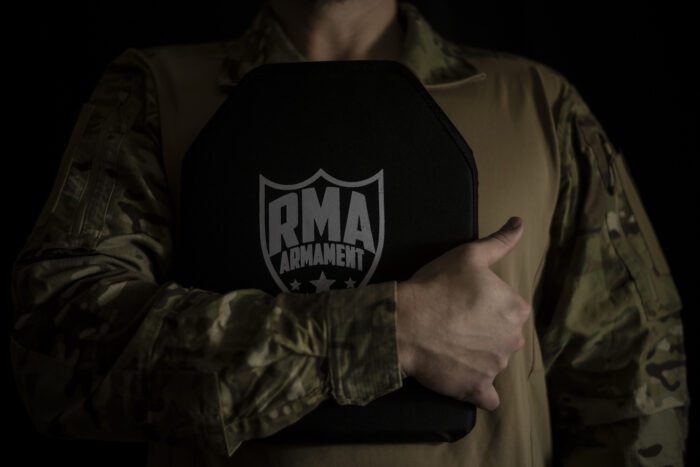 The military almost exclusively uses two things; standalone level IV plates or standalone level IV plates combined with IIIA soft armor. Over the past twenty years, the relevance of the once-forgotten ‘flak jacket’ has come full circle once again. Modern conflicts between nation states and non-state actors have changed the face of warfare. Military forces like the United States have had to fully re-evaluate their equipment and training in response to highly effective guerilla warfare tactics involving not only bullets, but explosives and primitive traps. Body armor has to do more than simply defeat bullets if the goals of force protection are to be realized. Punji sticks were one of the many ways the Vietcong used simple and primitive methods to inflict massive physical and psychological damage upon a vastly superior enemy force. Middle Eastern insurgent groups utilized simple steel wires and IEDs to the same effect.

While level IV body armor will defeat at least one round of hardened steel or other armor-piercing ammunition, the severe damage caused by AP ammunition will inevitably defeat these plates in short order if the wearer doesn’t seek cover or concealment. Again, remember that no body armor is truly bulletproof. IIIA soft armor does a great job of protecting the human body from shrapnel caused by explosives and offering significant padding against back face deformation when hard plates begin to fail.

Because of the variety of extremely dangerous threats, military forces typically choose to utilize the highest levels of armor available to them regardless of the mission profile with the notable exception of some special operations forces. 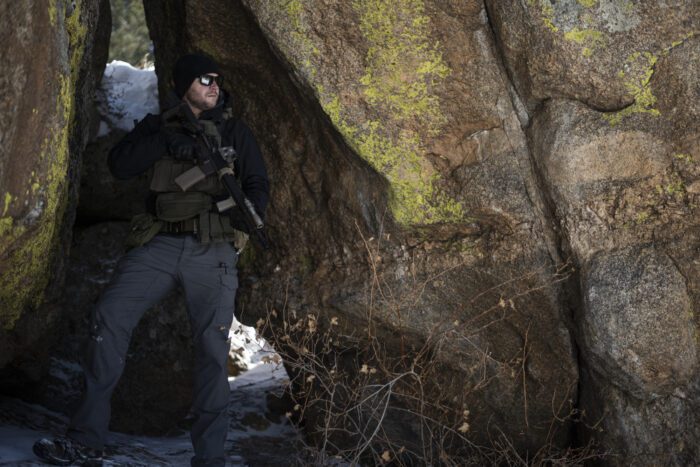 Special Operations forces utilize a huge amount of non-traditional equipment and TTPs to accomplish their mission. From stealth helicopters and sweet beards to Multicam Black and foregoing body armor entirely, these forces trade in ultra specialization for the mission at hand. Because they largely fall outside of the traditional chain of military command, they often have the ability to acquire and use equipment and weapons that aren’t available to traditional forces. But maneuverability can bring as many risks as long-term testing and approval.

In 2012, SOCOM discovered that one of the largest body armor manufacturers for the Department of Defense had sold them defective plates. Without the usual bureaucratic red tape tangling things up for SOCOM as compared to other bodies of government, failures slipped through the cracks and put lives at risk.

But they’re not alone. Law enforcement, military, and consumer protection agencies discover defective armor from major manufacturers all the time. I am going to take this opportunity to mention that RMA has never once failed a FIT test from NIJ.

It’s not just body armor, either.

Just because SOCOM or the military buys a thing, that doesn’t mean it’s the right piece of equipment for your mission or that it even works at all. If your tactical beard comes in thin and creepy, maybe just shave. 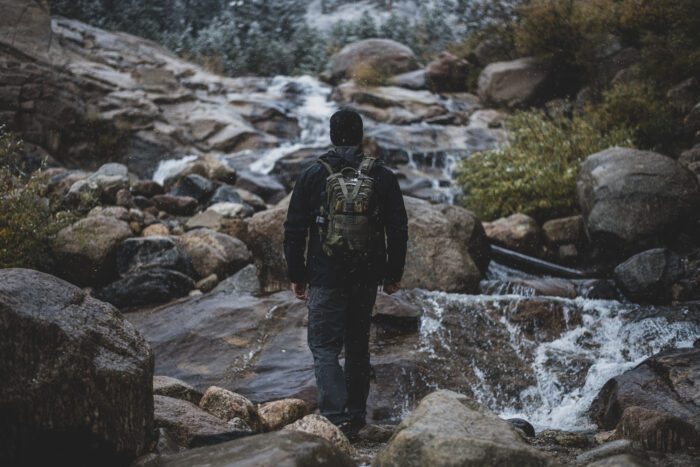 The first thing to remember is that police and military personnel are not the majority of people that get shot every year in the United States. The second thing to remember is that no one that gets shot ever wakes up that day thinking that they will. With mass shootings, riots, and civil unrest on the rise, it’s important to get the things you’ll need to protect your family from incidents large and small.

While stockpiling food, energy resources, and weapons seems like a great idea, it’s important to remember that these types of things don’t simply happen in a vacuum.

Nobody that got killed at the King Sooper’s in Boulder, Colorado had anything to do with the shooter’s gripes with his life. It may not be your fault in any way when someone crazy comes for you, but you’d better be ready for it.

If you’re preparing for the collapse of the US dollar, political revolution, secession feuds, or any other dangerous situation for yourself and your family, remember that you don’t need to be involved in the creation of the problem for it to become your problem. The fight for your life may be decided in a few split seconds by how prepared you are to face it. Stay prepared with a proper selection of soft and hard armor for different situations and applications. Call it a ballistic vest, a bulletproof vest, or whatever you want. Some armor of any kind is better than none, but no one piece will fit every situation.

A vest on your chest is worth two in your car.

Still have questions? Ask us! We’re available on our Facebook page at https://www.facebook.com/rmaarmament or give us a call at 866.978.7103.