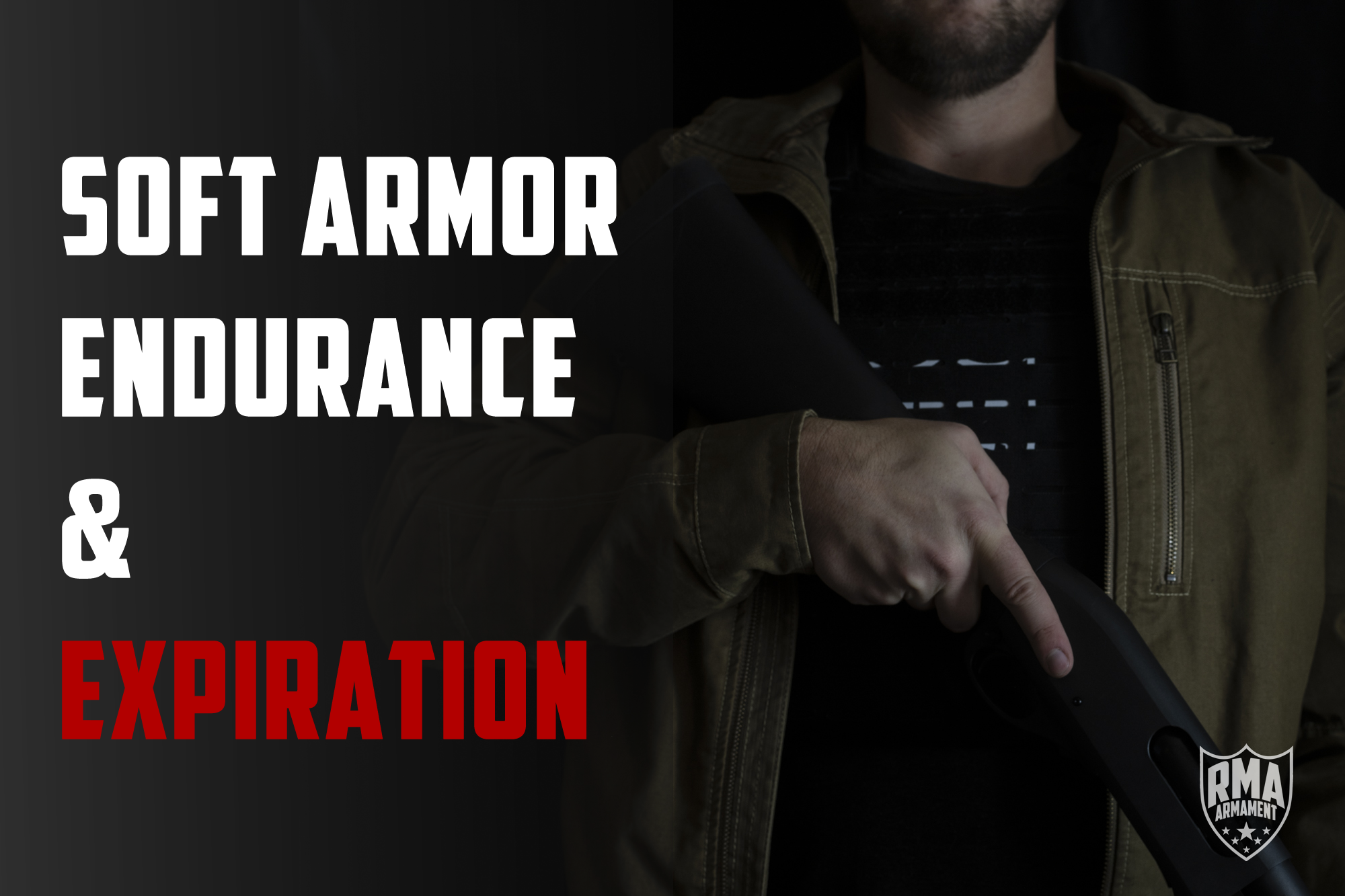 Soft Armor Endurance and Expiration: What kind of treatment can soft armor withstand, and how long with soft armor last?

Since the internet rumor mill is always churning with theories and a big mixed bag of rights and wrongs about soft armor, we’ll clear things up with a little bit of science and common sense.

While the kinetic properties of soft armor are the part we care about, test, and rate, there are ways to abuse your body armor that will negatively affect your soft armor’s endurance, expiration, and performance. NIJ certifies ballistic and spike armor differently. Due to the wildly different nature of bullets and sharp objects, end users should be aware that a vest rated to defeat ballistic threats will not necessarily defeat edged or spiked threats. Likewise, a spike-rated vest will not defeat ballistic threats. Combination vests do exist, but due to their weight and thickness are rarely utilized and typically find their home in places like prisoner transport. A ballistic vest does provide some measure of protection against edged and spiked threats versus not wearing one at all, but it shouldn’t be counted on to perform in a way it is not designed to.

While your soft armor vest is designed to stop multitudes of ballistic threats, you should consider any penetration to your heat-sealed panel cover as a total compromise of the ballistic system. Despite the ultra-strong properties of polyethylene fibers, there are multitudes of ways nature can break it down. Thanks to environmental research into waste management of seemingly non-biodegradable compounds, scientists have identified numerous organisms that can actually digest PE fibers. Usually, it’s because of misuse, abuse, or carelessness that a ballistic vest will degrade in performance.

While rolling your soft armor to break it in to a more pliable feel for a better fit is recommended and a standard practice, taking this to an extreme degree can create weaker points in the creased areas that received the greatest force. The gases trapped in your sealed cover can also be forced out, opening a hole in the seal.

The first threat to your ballistic panel is oxygen. While some gases like nitrogen can be used to offset oxygen within the panel seal, it’s proven impractical due to the pressure differences in gas compounds when they fluctuate with temperature and atmospheric pressure. So, most panels are sealed with regular atmospheric air inside. While there is some oxygen inside your panel seal, there isn’t enough to degrade your material to any degree. However, a regular flow of fresh oxygen from outside air can begin to oxidize PE fibers over time. Just like iron, PE fibers will ‘rust’, though not with the same eye-popping color. If you find a compromised heat seal on your panel, it’s time to replace it. Don’t bet your life on it.

Thanks to some environmental scientists, we’ve identified dozens of strains of microbial organisms that can both colonize and metabolize polyethylene fibers. While not all feed on the specific compounds found in UHMWPE, there are some that do. A broken heat seal on your panel can easily introduce this bacteria into your ballistic material. In addition to extreme degradation in tensile strength and other properties pertinent to ballistic performance, it can become easy to see actual holes over time. If you see spots of discoloration in your panel through the casing, these are likely bacteria colonies that are compromising your ballistic panel. Replace it as soon as possible. 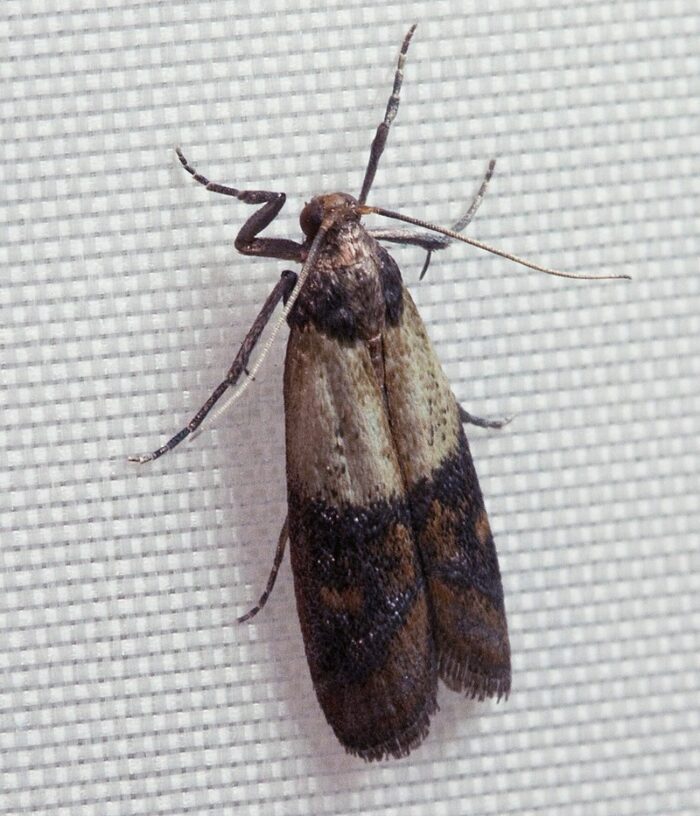 Even some insect larvae such as wax moths and Indian Mealmoths have been shown to readily consume polyethylene fibers. Both species have become distributed worldwide and are extremely common. Wax moth larvae feed upon honeycomb in bee hives and it can be assumed that they can be found anywhere bees are found. Indian Mealmoths are regularly found in dry storage areas like household food pantries, and have a very strong invasive population in Florida. Just like sweaters, some moths will try to eat holes in your soft armor.

Water alone can degrade PE fibers, but has limited effect without a surfactant of some kind. What’s that, you ask? It’s soap. Hydrophilic compounds that disrupt the surface tension of water to distribute it over a larger surface area dramatically increase the impact of water degradation on PE fibers. If you shower regularly—and I hope you do—you’ll likely have soap and other hydrophilic surfactant compounds left on your skin from hygiene and beauty products. While they aren’t going to tear into your panel cover, an opening in your panel cover will easily introduce these compounds into your ballistic materials. Any sweat, rain, or other water entering your panel through an opening will have its performance degrading effect on your soft armor panel dramatically enhanced.

Heat is the big one that most people discuss with certainty even though it’s far from certain. In daily wear circumstances, there are no earthly temperatures that your body will endure that your armor will not. In long-term storage in extreme heat, this becomes slightly less certain. If you make a point of heat-testing your soft armor in an oven, you’re likely to find the failure point. Hyperbole usually comes into play right here, so let’s get right into it. If you leave your armor in your trunk in Phoenix, you’ll be putting it in conditions similar to NIJ testing. NIJ testing combines significant wear tests into a short period of time to simulate five years of daily wear. Before armor is tested ballistically, it is subjected to ten straight days of 149 degrees Fahrenheit heat in 80% humidity. After that, another 24 hours of temperature fluctuation ranging from 5 degrees to 194 degrees Fahrenheit. Only after this and numerous other tests is armor finally subjected to ballistic testing to ensure performance. Temperature effects on polyethylene performance are far more limited than many believe, and you can count on your armor to perform reliably for the entirety of its warrantied period.

Gamma radiation from nuclear sources has been shown to significantly compromise UHMWPE fibers in some circumstances. Since high doses of gamma radiation present a larger problem with a shorter time preference window for you than compromised soft armor does, we won’t worry about that here. Unless you become the Hulk, in which case you won’t need armor anymore. Ultraviolet radiation itself doesn’t really negatively affect armor, but it does act as a catalyst for oxidation. UHMWPE fibers that are continually left in strong sunlight without an opaque cover like a carrier can be expected to degrade in performance. Since this kind of scenario isn’t the sort of thing that’s going to happen in real life, it still isn’t something to worry about. But, it’s useful to keep in mind if you decide to clean your panels and leave them in the sun to dry.

If you purchase armor and set it flat on a shelf so as to avoid the aforementioned degradation threats, polyethylene fibers have been found by environmental scientists to last an indefinite period of time. In landfills, they often last for over 30 years despite constant weather, bacteria, and insect contact. That doesn’t mean that you could bet your life on severely degraded material. It does mean that stable shelf storage will likely maintain high performance of your armor for years to come.

Despite more internet rumors, armor doesn’t ‘expire’ after five years. NIJ mandates that any compliant or ‘certified’ armor have a five year warranty for five years of daily wear as simulated in their testing so end users have a standard for performance expectations. That’s five years of bending, folding, sweating, heating, cooling, and more. Your armor expires when it encounters one of the above threats through extensive use, abuse, and damage to the panels or panel casing. It does not magically expire just because the manufacturer’s defect warranty does.

Now that you know the ins-and-outs of soft armor care and maintenance, get your concealable vest or ultra-light UHMWPE-based rifle plates today!